Overview of our raw materials

Below we offer you an overview of all our raw materials that we use to produce our PURE-products. Do you have further questions or suggestions about our sustainability promise? Please do not hesitate to contact us, we look forward to your inquiry!

In our opinion, beeswax is one of the most environmentally-friendly waxes. We source the wax exclusively from European companies which saves us long transport routes and at the same time supports the European economy.

But how is beeswax actually created? The bees build honeycombs in their hives to raise the larvae and to store collected honey and pollen. The wax is produced by worker bees, which excrete it through wax glands and thus build the honeycombs. Beeswax gets its usual colour and fragrance from honey and pollen.

In order to extract the honey, the honeycombs are destroyed and filtered. The beeswax remains as a by-product and is melted down by the apiarist (bees keeper). One can expect approx. 120g of beeswax per honeycomb. Part of the wax is kept by the apiarist in order to cast forms for new honeycombs or feed it to his bees, the rest he sells. 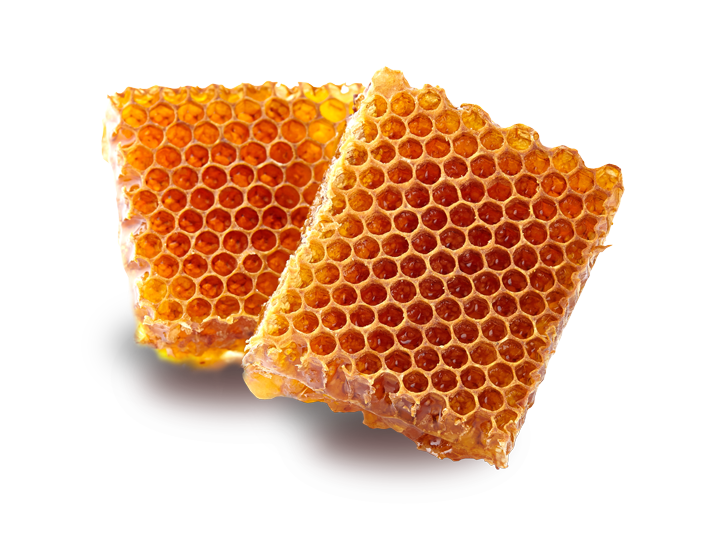 For processing the wax into a candle, the wax is cleaned and bleached so that the candle gets an even colour. Our beeswax candles are not made of 100% beeswax since the wax is rare and
extremely expensive. 10% of the wax is made from beeswax, the remaining 90% is olive wax. This gives us a 100% natural wax with exceptional burning behaviour. A beeswax candle is not vegan as it is based on animal products.